Ironman is different to any other triathlon, the organisation is second to none, slick and fast, there is absolutely nothing amiss. It has a hard commercial side that is not so evident in European events where the business side of things is usually more toned down, although present all the same. This customer focus is the main strength of Ironman. The pro race seemed merely a garnish and that surprised me somewhat because it is the pro race that provides the great narratives to so many Ironman events, such as “the crawl” by Sian Welch & Wendy Ingraham or Mark Allen and Dave Scott’s epic battle, to the achievements of Chrissie Wellington.

This was my first Pro event and ironically also my worse triathlon in over a year. Pro in triathlon more or less equates to “elite” in road cycling, it means you have doping control and have access to prize money. It doesn’t mean necessarily that you live directly from the sport, although I do in a roundabout way.

Getting up at 04:00 in the morning and stuffing lentil pasta down my throat is one of the things I most dislike about triathlon. I hate waking up earlier than 07:00, it’s a proper chore for me. Unlike other races where we follow a routine I was so nervous about the race that I was endless going through things and being generally forgetful, so much so I had to go back to the flat we rented twice to get stuff on the morning. The transition was enormous, so forgetting something literally means a 15 min walk just to get through transition, plus the 10 min or so back to where we were staying. 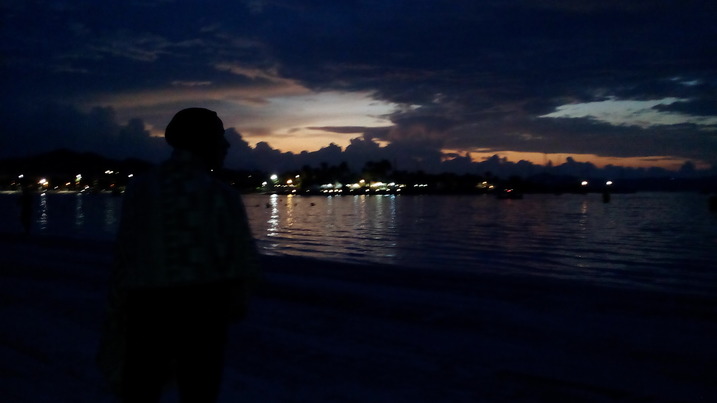 The morning was dank, cold, ominous thunder thunder clouds lit up the sky with occasional lightening. As the the sun came up the sky looked spectacular with these dark clouds and golden light breaking through. I was already shivering at this point and I hadn’t even begun to swim. As a pro I had to contend with a non-wetsuit swim. I had received a fantastic Zone3 Vanquish wetsuit which I tried out the day before and it was incredible. It fit like a glove due to them having the ST (Small Tall) which suits lanky ectomorphs like me. The Age-Group athletes were lucky enough to have a wetsuit legal swim, we were not. I did one of my best swims in triathlon, taking 1:01 to complete the course. Not fast by any stretch of the imagination, but I’ve never been good at swimming. I had barely trained swimming as my local pool was closed the entire month of August and half of september, I probably had 10-12 open water swims and 3 pool swims before the race, so I was pleased with that. That cold swim led to under performance on the bike. Leaving the water cold into that also “fresh” morning air as well as my propensity for hypothermia meant I never found my rhythm on the bike. 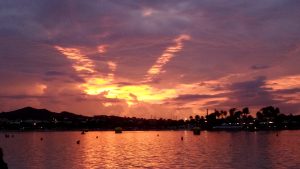 I had chosen Mallorca hoping for a warm race. In the Algarve in the days, weeks and months before and where I live especially it had been very warm, even this past first week of autumn it has been very warm.

One thing that got to me was the amount of cheating in plain sight: drafting, coaching, course cutting all happened in front of our very eyes. One guy sat on my wheel and literally free wheel on the false flats for about 30 km, it was absolutely shameless. Very few people wont cheat no mater what (are 100% honest), many people cheat to a degree they think is reasonable, what they can get away with and that they can justify to themselves be it to “level the playing field” or whatever, then there are those that cheat and lie compulsively. It’s important in my view to make rules such that it’s harder to cheat, i.e. make them enforceable. Using time gaps of say 2s (easy to measure with timing gates, easy to control as an athlete) rather than eye balling 12 m to control drafting would help. Or possibly using a GPS transponder to make sure people don’t cut the course. Motors in bikes are a reality and already have been detected and are now controlled in cycling, it would seem sensible to do the same in triathlon.

At about 30 km to go on the cycle the skies opened and it pelted it down. So much so there was about 10 cm of water on the road in places, sewage (the smell of) and lighting falling all round. Here the air was so charged I actually got a shock off the bike. I was wondering whether it was wise to continue.

The run was more of a ceremony for me. I was not in the mood to hurt myself, it was quite wet at the end and I finished it just to see what it was like. I’ve felt worse after events one tenth as long as that, simply because I went harder. I’d say if you’re quite fit, healthy and you train well for 12-14 weeks you can finish an Ironman. It’s as hard as you make it. Personally, I am angry I didn’t leave everything on the road: Why didn’t I bloody race the second half of the race? Argh!

I didn’t know what to expect before the race and left Mallorca quite disappointed in myself. I had been doing far better in training than this race performance reflected. Key issues were the lack of references since my heart rate monitor wasn’t working (or any sort of reference), the cold and not knowing what to expect: These are the usual bullshit excuses I clutched to, trying to externalize what was in fact an internal problem. Psychologically I was all over the shop. I felt like an impostor, like I shouldn’t be there. It clicked only yesterday, a week later while listening “Breath” by the Prodigy, which has long been one of my favourite songs: “Breathe the pressure, Come play my game I’ll test ya.” That was me the cyclist, cycling was my game and I feared no one and nothing in the sport, my crazy sport. I loved it in fact, the tussles, the descents, redlining it up climbs, reeling in the breakaway. Ironically I would often ride a bike race with no references, just on feel and do it very well. Triathlon is not my game (yet) and the one breathing the pressure last weekend was I. Next time I race an Ironman I will be a triathlete.