The Algarve is my favourite place in the world, nowhere else I’ve been quite measures up… Every now and then I write about bits and pieces I see here. If like me, you’re closet geek and like things like history and wildlife, scan this blog for interesting things to see next time your in the Algarve. Check it out:

Night time wildlife in the Algarve

Hidden benefit of living in the Algarve: the wildlife

We eat out on the terrace most nights between April and October. I love being outside, there’s always an incredible variety of things to see and hear and to me at least, far more entertaining than the telly.

The frogs, just before the sun sets are very active, one presumes catching the mosquitoes, while shouting at one another across the pond. The sky is full of Bee Eaters, House Martins and recently, larger Swifts doing incredible aerobatics, catching the bugs as these rise up from the landscape as the same time the humidity begins to drop. At this time of year Jupiter (and now Saturn and Mars) is still visible and is one of the first ‘stars’ to appear just above the west. And Mars at this time is pretty much due south.

… and when the sun goes down, the show begins:

As the sunsets and it’s getting dark, the Geckos start making a their high pitched groans (they sound like an old fashioned dial up router!) in their nest. These little fellows are surprising vocal! They then emerge, seeming from opposite corners of the balcony over the terrace and commence their nightly hunt for mosquitoes and flies round the lamp. The leader of the pack and by far the most successful is a fellow that lost his tail. He’s successfully grow back a new one now.

Then like the cockerel at dawn the ‘tree frog’ (that’s a little family joke), that’s the nightjar starts his characteristic and somewhat frog like call from up in the trees over looking the garden. He usually moves about a bit, so his call appears from different places throughout the valley. Some time after he’s done his bit a loud ‘clapping’ of wings wooshes up the valey: We’re not sure what this is but suspect it might be the barn owl. I first saw the barn owl about 50m away on the trees by the road. I’m not sure where he resides, but he’s a local. He’s got a wonderful call (the typical huh huw of an owl). I sometimes can’t resist calling back, thinking that on some level we’re all connected. The owl isn’t a nightly visitor, he comes by about once a week.

Not from the terrace, but up on the road, fifty meters away where I saw the owls big white face, there’s a little fox. He’s tiny compared to the Irish foxes I remember seeing when I lived in Dublin, he’s half the size. Now I’m not sure if he’s responsible for the next call or not: At about 20′ minutes after sunset, when it’s completely dark there’s what we call the ‘banshee’, a death like scream pretty much directly from the south, towards the sea at the end of the valley.

Recently the nights out have been particularly entertaining with the appearance of our latest visitors, bats! These little guys are incredible, they move so accurately and so quickly it’s unbelievable. At first it’s hard to realize where they coming from they moved so fast. It seemed they were emanating from the house; impossible as the doors were closed and we’d probably have noticed a roost… Anyway, they’re incredible: They chase each other round like fighter place and as I sat at the table watching them, saw that the would fly in to the terrace, momentarily grab on to the railway sleeper that makes the support for the balcony above, and fly off again. The only time you can see anything other than a black flash is that moment they perch on the sleeper briefly before flying off… Blind a bat?! Those things see far more clearly than any human could.

I’ve lived in the Algarve all my life and I’d never seen any Wild Boars, although I’ve eaten them frequently, as it’s often served in good restaurants in the mountains. I’ve seen them in petting zoos and the like too. Last Friday while guiding a run along the coast I didn’t see one… I saw a whole family just a few meters ahead on a path.

It was a whole family of Wild Boar, two largish ones (like the size of black pigs, but with a higher shoulder). And two younger ones. I hate to say this, but I just thought how sweet these animals were. They were slow, scared and confused. Then came a dog, then came a plump man in a fit with his i-phone saying ‘Estou a ligar à GNR! Estou a ligar à GNR! Morderam-me o cão.’ (I’m ringing the police! I’m ringing the police! They bit my dog.) But I doubt it, I reckon he wanted those pigs on a plate and was phoning his mate with a gun. Why else would he be badgering the animals? I felt so sad. Because I was guiding client I didn’t exactly stop the man chasing the poor pigs. Because it was a family of Wild Boar and they didn’t threaten me and were obviously scared and surviving in the wild, I felt strongly I would never eat Wild Boar again, a sentiment I’ve never felt about farmed animals, or rabbits or something common that I’d happily kill, prepare and eat. It was something about seeing this little family surviving in such a small area of wilderness that made me feel this way. I think I kind of emphasize with them trying to survive and (hopefully) build a family here and feeing equally vulnerable.

The whole scene: The sunshine, 23ºC in November, in a little valley just 50m from a little beach to the right and the wild boars. If you’ve ever read the Aeneid it will remind you of a scene where the Trojans arrive in Carthage. In fact, often do I get an eerie feeling that in times past the Algarve was just such an ancient wonderland of abundance; nearly every tree bears something edible and the climate is so amenable. Every rock you turn has some marvel of geology, geography or biology associated.

Today walking along part of this coastal trail near my house we even saw many large fish from the cliff tops. It reminded of a time I hand fished (tickled) a one. This part of coastline is magical and thanks to the recession we will have it for a little while longer, with it’s Kestrels, lesser Kestrels, foxes, genets and… Wild Boar.

The past two weeks have been fantastic for algarve bird life.

I saw my first Golden Oriole while cycling back after a hard training a couple of days ago. This is one of my favourite birds and it’s an absolute pleasure to see one. I might only see one once a year on average and they aren’t as common here in the western Algarve as they are in the eastern Algarve where I used to live.

Right down from the house I saw what must have been the friendliest Hoopoe ever, as it wasn’t scared of me and the dog. It was so strange to get so close to such an animal. It was fine, not hurt, so I think it must have been a fledgeling. They are perfectly camouflaged with the ground. The Bee Eaters (with their beautiful song) are in full swing catching all the flying insects and at night there’s a Nightjar croaking in the woods. Incidentally, if you’re ever lucky enough to see a Night Jar they are very beautiful, a very unusual flight (nearly like a butterfly). Speaking of night birds, on the way back from a festival there was an Owl in the road. A small, lightly coloured Owl. The Owl wouldn’t fly away so I thought there was something wrong with it, so I turned the car around to have a better look. He flew up onto a grape vine and seemed fine. Later he flew up onto a telephone wire and I saw there was infact a pair of Owls. ‘Little Owls’ or screech Owls there’s called. The more common (you’ll see many here) is the ‘Scoops Owl’ is rounder and a bit shorter.

I saw a bird I didn’t recognise too. I think it was Green Woopecker, I’d never seen one, and the thing flew in front of me quickly as I descended a mountain (cycling of course). The features were unmistakeble: a yellow rump and a flash of bright red on the face. Awesome. I often see Greater Woodpecker, which looks completely different being balck and white. Green Woodpecker in the Algarve is more yellow than green…

Finally, something sad, I was having a lie in (sometimes the engine is too broken to get up!) and I was awoken by a terrible croaking. It was an Azure winged Magpie in the living room. What a beautiful creature. I open the door for it an was going to try and get it out, but all of a sudden the thing flew into a window at top speed and broke it’s neck, it was sad to have the litte creature then taking it’s last breaths in my hand… I was hoping it was just stunned. Oh well.

Have you seen any amazing birds out and about doing sports? Tell me about it!

If you’d like to organise a tour in the Algarve with the aim of seeing interesting birds (and cycling of course) then I recommend the ‘the skirting the mountains tour’. Remember, If you want something bespoke I can arrange that to with sufficient fore warning.

Just one hundred meters into my cycling training today I saw an “Iberian emerald lizard” or Schreiber’s lizard. The lizard was scurrying along in the ditch by the road and then up the bank and into the bushes. Clearly it had got a fright when it saw me.

At first thought I thought the lizard was a chameleon (a chameleon moving much faster than I’d ever seen one move before!), but as I approached, I saw it was a large, bright green lizard.

The specimens I saw were far brighter green than lizard in the picture above. As far as I’m aware this lizard is endemic to Iberia. Interestingly this area (Lagoa, Algarve) doesn’t appear in the distribution maps for this lizard. The lizard’s normal habitat is northern Iberia and it likes damp climates, so it’s unusual to find it here… Maybe it is due to the wetter weather of recent years that we now have these lizards here. You can read more about the Iberian emerald lizard here: http://www.arkive.org/schreibers-green-lizard/lacerta-schreiberi/

I’d only ever seen these maybe twice before and then only a glimpse, before they’d hide away. This week I’ve seen a total of three, so they’re obviously here to stay. One of the lizard’s I saw was dead on the road unfortunately.

On the highest mountain (Foia at 902m) in the Algarve, at the end of a hard training I was greeted by a pair of Bonelli’s eagles, these are like small golden eagles, but still impresive. Amazing. 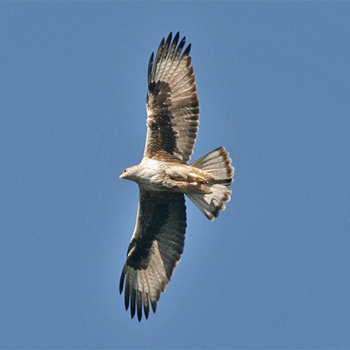